Eons ago, as humans reckon time, someone lived in a region of energy most people of today refer to as heaven.

This person was immensely beautiful in every way with wisdom endowed within splendidly.

Born of Darkness and Lights, this being spanned the ages in gorgeous magnificence.

Imposing in size, this being towered to great heights with muscles bulging exquisitely.

This person was life in all its abundance.

By the power of thoughts, this person could transcend realms and dimensions without restrictions.

This person could be in more than one place at the same time by simply thinking about it.

This person was a dear child completely interwoven within its creator.

And then it happened.

A new orb was formed that consisted of matter.

Sagacity asked who was willing to populate this new orb and a mighty one of old said that it will do so.

Immense beauty came to a Blue and White globe suspended in darkness and called this image it’s a new home.

For an epoch, all went well as the body remained of one part. Then beauty tripped upon its own wisdom and loveliness.

Someone decided to be its own source of Darkness, Lights, and Life.

Someone turned its face away from the thrones of splendor and aspired to attain a singular exquisiteness separate from its origin.

As someone became increasingly more consumed with itself its imposing size and strength shrink from generation to generation.

Its knowledge and its wisdom became embedded into the terrestrial.

Its connection with glimmering emissions became progressively fragmented and haphazard.

Its physical body became corrupt and its reasoning and thinking became ever more debased, warped, and distorted.

Darkness and Lights reach to bring back its child but its child is now filled with its own wisdom.

It denies the existence of spotless purities.

It thumbs its nose at Radiance.

It gives the finger to clarity and assumes itself to be the base and the foundation of everything.

Eons ago, as humans reckon time, someone lived in a region of energy most people of today refer to as heaven.

This, someone, attained terrestrial life and made a disjointed shamble of it.

This someone fouls the magnificent shimmering of Blue and White surrounded by perfect blackness with its passiveness, allowing misprints to terrorize its many other inhabitants.

It takes great pleasure in incurring misery upon misery unto itself by refusing to be itself.

It looks not on the day when it will return to its first place and must give an account of the choices and decisions that it has made in the physical orb.

And so it is, that nothing is.

The whole is meaningless.

Fame and wealth are eaten by the worms.

Youth becomes old age in less time than it is to die.

The brain is not as active as it used to be.

Laughter turns into bewilderment and knowledge disappears in a puff of smoke.

Eons ago someone lived.

Eons from now that same someone will still be living.

What are the living chronicles that this someone will print upon Darkness and Lights?

Will it be YES, my birth child, or will it be, that was a nice try but a total flop my last born.

It is up to each Black Star that now occupies the physical dominion to either be a pleasure to infinity or one of its purulent boils that are destined to be cosmetically dispatched. 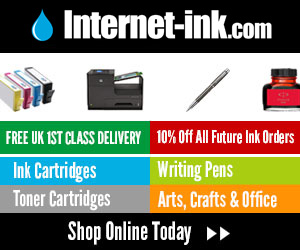